In Memory of
Alfred John Fredrick
Gunnari
1941 - 2016
Click above to light a memorial candle. 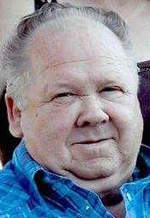 Alfred was born to John and Helen (Anderson) Gunnari on October 6, 1941 in Ahmeek.
On October 22, 1966, he was united in marriage to Arlene Hakala in Mount Clemens, Michigan.

He worked for the DNR at Fort Wilkins and other state parks for over 20 years. After retiring from the parks, he was elected for two terms as a Keweenaw County Commissioner.

Alfred was an outdoors man with hobbies like fishing and hunting, which he enjoyed doing with his kids and grandkids. He was still in the process of teaching his great grandchildren how to do these activities as well. He also enjoyed to woodwork and golf in his free time. All in all, he loved the Copper Country area and had a special love for Lake Superior.

He was preceded in death by his parents, Sister Marion Nordstrom and Brother Garnet Gunnari.

A memorial service will be held at the Erickson Crowley Peterson Funeral Home on Saturday, December 17, 2016 at 1:00 pm with Pastor Tony Laidlaw to officiate. Visitation will be held one hour prior to the service starting at 12:00 noon.
Online condolences may be left for the family at ericksoncrowleypeterson.com
The Erickson Crowley Peterson Funeral Home in Calumet is assisting the family with arrangements.

To send flowers to the family or plant a tree in memory of Alfred John Fredrick Gunnari, please visit our Heartfelt Sympathies Store.