In Memory of
James William
Spence
1942 - 2018
Click above to light a memorial candle. 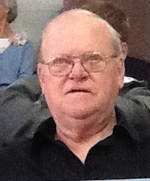 James W. Spence Sr., 75, a longtime resident of New London, Wisconsin and two-month resident of Calumet, Michigan, passed away on Wednesday, December 27, 2017 at the Lighthouse of Hubbell, Michigan.

He was born on June 12, 1942 in Chicago, Illinois to Samuel and Ruth (Treichel) Spence, attending Austin High School and graduating with the Class of 1960. After high school, Jim Sr. attended Carthage College where he earned a degree in Political Science, met his future wife and went on to work in careers in sales and construction.

He married Adrienne Ruth Lutz in 1964. Jim and Adrienne shared a passion for the outdoors, camping with friends across the midwest, the south and the western national parks. They served as leaders in both the Girl and later, Boy Scouts as well. Jim Sr. and Adrienne gave significant time to the Boy Scouts in Illinois, serving some of the closest family friends sons in Bensenville, Illinois.

Jim Sr. went on to attend the College of DuPage, earning his Master's Degree in Social Work and Substance Abuse Counseling. He served 15 years in the counseling profession and was a 34-year sober member of Alcoholics Anonymous. In that role, he sponsored younger colleagues, and served in board and chair positions in northern Illinois and later Wisconsin, including most recent service as the statewide Corrections Chair, taking sobriety inside the walls to the Wisconsin Department of Corrections inmate population.

Grandpa Jim will be dearly remembered by family and friends for his great attitude; his quiet, strong faith in the Lord; his quick-witted sense of humor; his passion for serving others, changing broken lives through AA; and most importantly his gratitude and deep love for his family.

He is survived by his son, James Spence Jr. and grandchildren Allison and Nathan Spence of Calumet, Michigan; his sister Jeannie (Spence) Godbold and husband Stanly of Starkville, Mississippi; his niece and family, Heidi and Scott Rives and sons, of Newark, Ohio; his special friend Lynn Rieckmann of New London, Wisconsin and other cousins across the Midwest and Florida.

A memorial service will be held on April 15th at Shepherd of the Hills Lutheran Church of Greenville, Wisconsin, with visitation at 1:00 PM followed by the service at 2:00 PM..

Online condolences for the family may be left at www.ericksoncrowleypeterson.com; Donations in lieu of other expressions of sympathy are requested to the Genesis Club of Appleton, Wisconsin, where they will assist Jim Sr.s passion for saving lives and families jeopardized by the disease of alcoholism.

The Erickson Crowley Peterson Funeral Home in Calumet, Michigan is assisting the family with the arrangements.