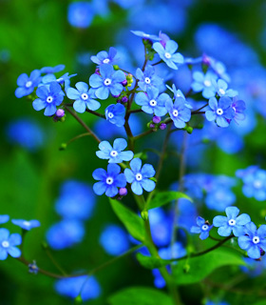 Share this tribute
Memorial Candles Lit for Anna | SEE ALL
Light a Candle
"We are honored to provide this Book of Memories to the family."
— Erickson-Crowley-Peterson Funeral Home
Funeral Details Memory Wall Photos & Videos Send Flowers

Anna and her twin sister, Esther, were born on December 8, 1932 in Mass, Michigan to the late Isaac Anttila and late Aili Anttila Torro. After graduating from high school in 1951, Anna went to get a college degree from Suomi College, Detroit Commercial College, finishing with a Bachelor's of Science in Management from Wayne State University.

Anna worked various jobs until starting her career at Chrysler Motor Company where she was employed for 41 years. After her retirement in September of 1996, Anna moved to Cedar Bay, where she enjoyed her home and beautiful sunsets for 12 years. Last August Anna moved to Independence Village in Brighton, Michigan, and lived there until her death.

Anna was a member of the First Apostolic Lutheran Church of Howell, Michigan.

Left to mourn her passing are her brother Peter, of Traprock; and sisters Esther (Bernard) Johnson of Marquette, Beatrice (Paul) Bekkala of Novi, Vivian (Lloyd) Huotari of Howell; and her many cousins, nieces, and nephews.

Funeral services were held at the First Apostolic Lutheran Church in Howell.

There will be a Committal service on Wednesday, August 8, 2018 at 10:00 AM at Lake View Cemetery in Calumet, Michigan with Pastor David Taivalkoski to officiate.. All are welcome to attend.

The Erickson Crowley Peterson Funeral Home in Calumet is assisting the family with the arrangements. Online condolences can be left for the family at www.ericksoncrowleypeterson.com

In lieu of flowers, memorial contributions may be made to Omega House Hospice,
2211 Maureen Lane, Houghton, MI 49931.

To send flowers to the family of Anna M Anttila, please visit our Heartfelt Sympathies Store.

We encourage you to share any memorable photos or stories about Anna. All tributes placed on and purchased through this memorial website will remain on in perpetuity for future generations.

LH
My sympathy on the passing of Anna. God's peace
Leann harju - Sunday August 19, 2018 via Condolence Message
Share This:

DF
My sympathy for the Family.. .May you find comfort from the bible hope for the future, promising that our dead love one will rise...John5:28-29

DF
My deepest sympathy for your loss. May you find comfort from the bible hope of seeing our love ones back living in perfect health...Revelation 21:3-4
Dorothy Freeman - Saturday August 04, 2018 via Condolence Message
Share This:
1
Page 1 of 1
Share
×

Add Photos
There are currently no photos. Click here to share your photos.
Send flowers to the family
Choose from beautiful standing, table and basket arrangements. Safe and secure online ordering.
View Flower Arrangements
What has already been purchased for the family?
Subscribe to Updates