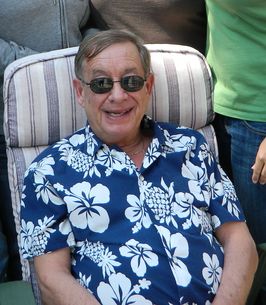 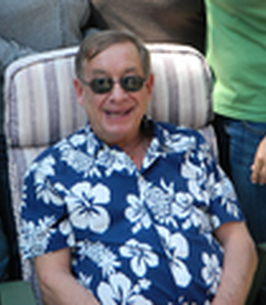 Your Dad and I met at Jacks in Harvey in the late 90s. My son was just born. He would always talk about his four girls and how one was in the service and others Married or in school. He would light up when he talked about his grandchildren. He would help me with donations for church activities at St. Louis the King Church. When he found out I worked at the hospital he would talk about Karissa becoming a nurse and her plans to work at the hospital. He asked me one time where I was from and I told him originally from Calumet and he said Oh my God! (I can still hear him saying that with a laugh), as he to was originally from Calumet! He told me how he grew up next to my aunt Marie Kraft and my uncle Bill Schneiderhan. He would tell me stories of being in Calumet. I would see your dad at church in Marquette and give him a hard time if he wasnt there and working. I remember the day he told me he was retiring and moving back home. I told him how jealous I was. When my aunt Marie passed he came and gave me a hug. I would see him at St. Pauls Church over the years and he told me about volunteering with my uncle at the firemans museum. Your dad was always happy and smiling! I saw him two weeks ago in church and like always I got a big hug from him. We talked about how my son was and I laughed telling him he was now a sophomore at Tech! We talked about how fast time flies. He never mentioned to me he was sick. I was shocked when his name was mentioned in church as passing during the week! I couldnt believe it. I had to ask Fr. Abraham if this was true. I even said is it Ron who sits in the back on the right side, a few rows up from the door? When he said yes my heart sank and my mind raced how, why, when? I have thought about your dad everyday since hearing about his loss. I am grateful he didnt suffer and he went quick. For me, I am sad that I couldnt see him one more time and say goodbye. I will have a mass said in honor of him at St. Louis The King church in Marquette. I will have his name placed on the All Souls mass list for next November where the church will have a candle placed in his name. I was blessed to be his friend and I cherish the memories I have of him in both Marquette and Calumet!
Posted by HeidiSchneiderhan-Bennetts
Tuesday November 20, 2018 at 9:21 pm
Prev - Story 1 of 1 - Next
Family Log-In