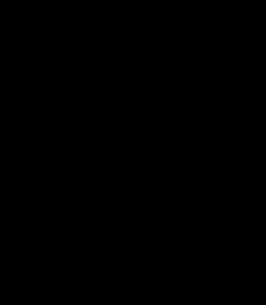 Memorial Candles Lit for Philip | SEE ALL
Light a Candle
"We are honored to provide this Book of Memories to the family."
— Erickson-Crowley-Peterson Funeral Home
Funeral Details Memory Wall Photos & Videos Send Flowers

Print
Philip M. Cone, 68, a resident of Calumet passed away on Friday, November 23, 2018 at UP Health System-Marquette.

He was born on November 8, 1950 in Kokomo, Indiana to James Robert and Phyllis Ruth (McQuillan) Cone.

During his youth, he and his family moved up to Calumet, and he graduated from Calumet High School with the Class of 1968 and attended Northern Michigan University. Phil was a fantastic athlete, playing for the Calumet Copper Kings boys basketball team and the football team. He also played softball for the local teams.

Phil was the owner/operator of Cone’s Auto Body on Pine Street in Calumet. He was highly skilled, and passionate about his work. Even after he retired, you would often find him in his shop.

Phil was an avid fisherman, and loved spending time at the lake. He also enjoyed partridge hunting and made sure to share his hunting knowledge with his kids. He was also a rockhound, often searching for the pieces of Greenstone and Datolite. Once he found that perfect piece, often you could find him focusing on making a piece of jewelry out of it.

Phil was an amazing guitarist, playing in many bands throughout the Copper Country. His favorite artist was Jimi Hendrix. He was also a prolific writer.

Phil was active in all of his children’s lives. He was a very proud father and grandfather.

He was preceded in death by his parents, James and Phyllis Cone.

And numerous niece, nephews, and cousins.

Burial will take place in the Veterans section in Lake View Cemetery in the Spring of 2019.
Online condolences for the family may be left at www.ericksoncrowleypeterson.com

To send flowers to the family of Philip Michael Cone, please visit our Heartfelt Sympathies Store.

We encourage you to share any memorable photos or stories about Philip. All tributes placed on and purchased through this memorial website will remain on in perpetuity for future generations.

DQ
So sorry to hear of Phil's passing. I had a lot of good times hanging around with him. One of my favorites was watching the Packers in his basement before the Superbowl started. He was quite the body man too. He could fix just about anything that came into his shop. He and I played guitar quite a bit together.
Duane Quello - Tuesday December 11, 2018 via Condolence Message
Share This:

DN
Amazed when I realized I've know Phil for over 50 years. When we'd meet on the street or in the store it seems that both of us had something we wanted the other to know. I'll miss seeing and talking to Phil.
Dave N. - Friday November 30, 2018 via Condolence Message
Share This:

JW
Sorry to hear of Phil's passing, as a classmate and fellow Vietnam veteran it brings a special sorrow. My thoughts and prayers are with all of his family during this time of grief.
Joe Waananen - Friday November 30, 2018 via Condolence Message
Share This:
Christian Valesano & Krista Moore - Thursday November 29, 2018 via Heartfelt Sympathies | Order flowers in memory of Philip
Share This:

MW
So sorry for your loss. Phil was a special friend, both of us being Vietnam veterans we had a lot of experiences in common. We had many talks and he was my go to person for any auto body repairs. He will be sadly missed. God bless.
Marshall Wickstrom - Thursday November 29, 2018 via Condolence Message
Share This:

Dear Angela, we are so incredibly sorry for your loss. We wish we could be with you during this time but are keeping you and the entire Cone family in our thoughts and prayers.
Livy & Mitch Traczyk & Max Bielenberg - Wednesday November 28, 2018 via Heartfelt Sympathies | Order flowers in memory of Philip
Share This:

May memories of Mr. Cone and the love of family surround you and give you strength in the days ahead. With deepest sympathy.
Ray Persons - Wednesday November 28, 2018 via Heartfelt Sympathies | Order flowers in memory of Philip
Share This:

Our deepest sympathies. The Lee family and the Larsen family.
Wednesday November 28, 2018 via Heartfelt Sympathies | Order flowers in memory of Philip
Share This:

With deepest sympathy,
Stanley and Betty Randell and Family - Wednesday November 28, 2018 via Heartfelt Sympathies | Order flowers in memory of Philip
Share This:
1 2 next page >>
Page 1 of 2
Share
×