To share your memory on the wall of Kenneth Rowe, sign in using one of the following options:

Provide comfort for the family of Kenneth Rowe with a meaningful gesture of sympathy.

On January 21, 2019, Kenneth John (“KJ”) Rowe, of Dollar Bay, MI, left the bonds of this earth and the physical limitations of his body to join his Maker, passing away peacefully at the Omega House with his family by his side. KJ was born in Wheatridge, CO, the first born of David and Mary (Peterson) Rowe. Shortly after birth, KJ was diagnosed with Cornelia de Lange Syndrome. KJ did not allow a grave prognosis to deter his will to live and thrive. KJ spent the first five years of his life in the mountains west of Golden, CO. He enjoyed watching elk and mule deer roam through his yard and feeding fish in the pond at the end of his valley. KJ and his family returned to the Copper Country, where he attended Calumet schools from kindergarten through grade 5. His infectious smile and keen sense of humor earned him many friends amongst classmates and teachers, who remember him to this day. KJ then transferred to the Copper Country Intermediate School District, where he earned a certificate of completion in October, 2018.KJ loved adventure. He enjoyed jumping off his dock and swimming in Portage Lake. So much so, that one of his parents frequently had to swim after him to get him to come in. KJ loved to drive dad’s boat andbeing towed in his kayak by his mom paddling in front of him. On Grandpa’s farm, he enjoyed riding the 4-wheeler and picking fresh strawberries – although few made it into the pail for later consumption. He developed great skill at building various figures, like Santa, the Grinch and reindeer, with his Legos. He watched his favorite videos (Blue’s Clues, The Music Man, Mary Poppins, Elf and others) over and over again. KJ was adept at surfing the web to find pictures of his favorite cartoon characters. He enjoyed watching his sister’s ski races and soccer games, and his little brother’s hockey and soccer. KJ was loved and well cared for by Miss Bunny, Lizzy, Jocelyn, Juliana, Laura, Aunt Steph, Jen, Grandma Chris, Grandpa Clown, and many other wonderful people that entered his life. KJ is preceded in death by his paternal grandparents, Dr. Kenneth E. and Margaret M. Rowe of Calumet. KJ is survived by his parents, David and Mary (Peterson) Rowe, brother Matthew and sister Sarah, of Dollar Bay, and his grandparents Jerry and Mary Kaye (Bradle) Peterson of Ashland, WI, and numerous loving aunts, uncles and cousins. Visitation will be on Friday January 25, 2019 from 4:00 pm -7:00 PM at the Erickson Crowley Peterson Funeral Home in Calumet, and on Saturday, January 26, 2019 from 10:00 am until the time of the funeral service at 11:00 am. A funeral service to be held at 11am on Saturday, January 26, at the Bethany Baptist Church in Dollar Bay with Pastor Brian Knight to officiate. A fellowship and dinner to follow in the church basement. In lieu of flowers or other expressions of sympathy, donations are gratefully accepted in KJ’s memory at Bethany Baptist Church NG Fund, 48544 Main Street,Dollar Bay, MI 49922, or the Omega House, 2211 Maureen Lane, Houghton, MI 49931.

The Erickson Crowley Peterson Funeral Home is assisting the family with the arrangements.
Read Less

We encourage you to share your most beloved memories of Kenneth here, so that the family and other loved ones can always see it. You can upload cherished photographs, or share your favorite stories, and can even comment on those shared by others.

Lisa Sporbert, Darrell, Tara, and Adelyn Robinette, and others have sent flowers to the family of Kenneth John Rowe.
Show you care by sending flowers

Posted Feb 01, 2019 at 03:47pm
We are very sorry for your loss. We pray the Lord watches over your family in your time of need.
Comment Share
Share via:
KJ

Posted Feb 01, 2019 at 02:09pm
David and Mary- We were saddened to hear of KJ's death. Although he is no longer present he is still here in your memories. Whenever you hear his laugh, see his smile or look to see where he is, he is with you and you can remember when you hugged , kissed, carried or ran after him to see what he was doing. He will always be there and be with you.
Pat and Kathie Joyce
Comment Share
Share via:
BL 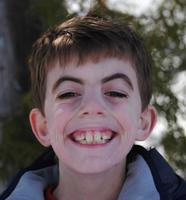 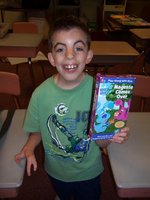 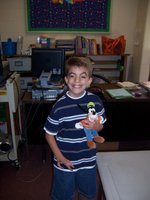 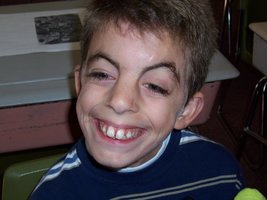