To share your memory on the wall of John Jukuri, sign in using one of the following options:

Provide comfort for the family of John Jukuri with a meaningful gesture of sympathy.

John I. Jukuri, age 86, a resident of Calumet passed away to be with his heavenly father whom he loved on Saturday evening January 26, 2019.

John I. Jukuri, age 86, a resident of Calumet passed away to be with his heavenly father whom he loved on Saturday evening January 26, 2019.

John graduated from Calumet High School in 1950. Then he was drafted into the army and was a Korean War Veteran. He achieved the rank of sergeant and was awarded the Korean Service Ribbon, two Bronze Service Stars, the United Nations Medal and the National Defense Service Medal.

John graduated from Michigan Tech in June of 1959 and received a degree in accounting. Later, he became a Certified Public Accountant, worked for Ernst and Ernst, and at Michigan Tech as an assistant auditor. After that, he started his own CPA firm and had a long-standing business in Calumet. Along with that, John owned and operated Jukuri’s Service Station in Laurium for several years. John had also served on many boards including local businesses, banks and churches.

John enjoyed sports especially hockey. He played on the Calumet Radars and was the youngest player during the 1950-1951 season when the team won the McNaughton Trophy. In his later years, John coached youth hockey, as well as the Calumet High School Hockey Team for four years. He enjoyed many summers in Bootjack with his family and loved fishing.

John attended both the Shining Light Church in Laurium and Zion Lutheran Church in Hancock.

On June 30, 1956, he married Ruth E. Aalto. Ruth was a wonderful wife, mother and grandmother. Ruth preceded him in death on April 13, 2004. Also preceding him in death were his brothers: James (Gail) Jukuri, Lawrence Jukuri and Gordon Jukuri.

Funeral services will be held on Saturday February 2, 2019 at 11:00 AM in Zion Lutheran Church in Hancock with Pastor Jay Weidner to officiate.

Friends may call at the Erickson Crowley Peterson Funeral Home in Calumet on Friday February 1, 2019 from 3-7 PM and one hour prior to the services at the church on Saturday.
The Erickson Crowley Peterson Funeral Home in Calumet is assisting the family with the arrangements and online condolences can be left for the family at www.ericksoncrowleypeterson.com
Memorials may be given to the Inter-Lutheran Theological Seminary 914 Pine Street Hancock, MI 49930.
A special thank you to the Staff at Garden View Assisted Living/Memory Care and Aspirus at Home/Hospice for their kindness and care.
Read Less

We encourage you to share your most beloved memories of John here, so that the family and other loved ones can always see it. You can upload cherished photographs, or share your favorite stories, and can even comment on those shared by others.

Tim, Celine, Rachael and Aliyah, Love, Jeff and Ruby Goldberg, and others have sent flowers to the family of John Irving Jukuri.
Show you care by sending flowers

Posted Feb 01, 2019 at 07:43pm
Please accept our most heartfelt sympathies for your lossour thoughts are with you and your family during this difficult time.

Posted Feb 01, 2019 at 06:51pm
We are thinking of you in your time of loss of your dad, grandpa. I have many fond memories of John that go all the way back to the late 70s. He was a kind and gentle man.
With love: Ken, Teresa Johnson and family.
Comment Share
Share via:
HS

Posted Feb 01, 2019 at 09:32am
Sue and Tim, You are in our thoughts and prayers. With deepest sympathy, PF Small Group Family

Vivid Recollections was purchased for the family of John Jukuri. Send Flowers

Sweet Tranquility Basket was purchased for the family of John Jukuri. Send Flowers 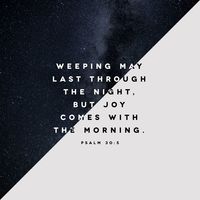 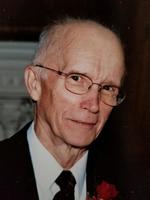