To share your memory on the wall of Neil Isaacson, sign in using one of the following options:

Print
Neil Isaacson, 68, a resident of Ahmeek, MI passed away on Thursday, April 11, 2019 at Aspirus Wausau Hospital. Neil finally succumbed to a lifelong battle of lasting injuries sustained during the Vietnam War.

Neil was born on December ... Read More
Neil Isaacson, 68, a resident of Ahmeek, MI passed away on Thursday, April 11, 2019 at Aspirus Wausau Hospital. Neil finally succumbed to a lifelong battle of lasting injuries sustained during the Vietnam War.

Neil was born on December 12, 1950, in Laurium, MI to Uno and Agnes (Stukel) Isaacson. He attended the local schools, and graduated from Calumet High School with the Class of 1969.

Following high school, Neil enlisted with the United States Marine Corp where he served in the Vietnam War. In 1970, Neil was involved in an explosion suffering major wounds, he spent many years in the Philadelphia Naval Hospital undergoing many surgeries. After overcoming his injuries, Neil moved to Chicago where he attended the Hadley School for the Blind where he started his life learning how to become independent again.

After his time in Chicago, Neil moved back to Keweenaw County where he worked with his mom and dad at their resort on Lac La Belle. Neil repaired boat motors at the resort in addition to assisting his mom and dad with creating a thriving business.

Neil was very active in Keweenaw County where he served on the Zoning Board. He was instrumental in pushing for public housing. The result was the construction of the Keweenaw Pines Apartments in Mohawk. He was also very involved with keeping as much land in Keweenaw County open to the public. He assisted in the land transfer at the public beach in Bete Gris, and keeping the road to the mouth of the Gratiot open as well.

Neil was involved with Kermits Kids donating golf clubs and course access each summer to the group. He also had a passion for providing resources to specifically benefit local youth organizations. He was a member of the VFW Post #3900, and the Mohawk American Legion Post #230.

Burial with Veterans Honors will take place in the Lake View Cemetery.

The Erickson Crowley Peterson Funeral Home in Calumet is assisting the family with the arrangements.
Read Less

To send flowers to the family or plant a tree in memory of Neil Dean Isaacson, please visit our Heartfelt Sympathies Store.

We encourage you to share your most beloved memories of Neil here, so that the family and other loved ones can always see it. You can upload cherished photographs, or share your favorite stories, and can even comment on those shared by others.

Kris Lahren MD, Aspirus Wausau Hospital MSICU, Love, Angie, Cesar and Joanne, and other have sent flowers to the family of Neil Dean Isaacson.
Show you care by sending flowers

Posted May 29, 2019 at 07:52am
Only recently heard of Neil's passing - it is with great sadness I sent my condolences to Neil's family and all of his friends. A true hero. Kim
Comment Share
Share via:
BS

Posted Apr 21, 2019 at 07:41pm
Neil was an awesome example of what blind people can accomplish. What an amazing life he lead! He will surely be missed in the Keweenaw. Our condolences to his loved ones. Thank you for your service, sir.
Comment Share
Share via:
KA

Posted Apr 20, 2019 at 11:17am
Neil was a inspiration to so many. He continually had a positive attitude. I, like so many others, feel very honored and privileged to have met such an amazing man.
Comment Share
Share via:
BH

Posted Apr 20, 2019 at 10:45am
Sending love from Florida, wishing I was there to swap stories about Neil. He was an amazing man. Love you Neil!
Comment Share
Share via:
KM

Posted Apr 18, 2019 at 03:57pm
My deepest sympathies for your loss. He was a wonderful man who touched many hearts here in even such a brief time. 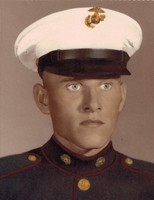