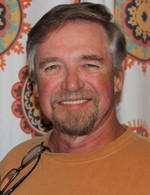 Daniel Joseph Reilly, 64, a resident of Bootjack and Laurium, passed on Saturday, May 25th with family by his side at Aspirus Keweenaw hospital following a valiant battle with colon cancer.
Dan was born on October 30, 1954 in Laurium, a son of Joseph and Barbara (Mattila) Reilly. He enlisted in the U.S. Army after graduating from Calumet High School in 1972 and served in an Explosive Ordinance Disposal unit in the St. Louis, MO area. Upon return he joined the Michigan National Guard 107th Engineering Battalion and later graduated from the Michigan Military Academy Officer Candidate School, Class of 29, in July 1986. He eventually earned the rank of Captain and after numerous duty stations, Captain Dan returned as Commanding Officer of 107th Company A and was honored by his troops as “The Troops Commander” during his departing change of command ceremony. Dan attended Michigan Technological University, studying surveying / civil engineering technology. He was employed by Lakes Engineering and UP Engineering & Associates before retiring from the Houghton County Road Commission in November of 2017 after 19 years of dedicated service.
Dan and his soulmate, Lorri (LaHaie), met in 1981 and celebrated their 35th wedding anniversary last July. They were blessed with two daughters and their husbands (who he considered sons), as well as five grandchildren that he absolutely adored. A loving and devoted husband, father, and son; Dan was a family man who enjoyed spending time with family and friends, photography, traveling, walking, astronomy and playing golf and pool. Grandpa Shark will be sadly missed and fondly remembered for his integrity, kind and caring nature, intellect, and witty sense of humor.
Dan is survived by his mother, father, and wife; his daughters Christine (Matthew) Gilley and Jennifer (Robert) Freeze; his grandchildren, Madison, Wyatt, James, Reagan, and Reilly; his sister-in-law Lynn; numerous aunts, uncles, nephews, nieces, and cousins; and many wonderful friends. He was preceded in death by his maternal and paternal grandparents, brothers (Lon, Fred, Shawn, and Joe), mother and father-in-law, and numerous aunts and uncles.
Dan’s memorial service will be held at 11 am on Saturday, June 8th in the Veterans section of the Lake View Cemetery in Calumet. A celebration of life luncheon will follow immediately afterward at the L&L Bar in Calumet. The Erickson Crowley Peterson Funeral Home is assisting the family with arrangements. Condolences may be left for the family at ericksoncrowleypeterson.com. In lieu of other expressions of sympathy, Dan’s family suggests contributing to a charity of your choice.