To share your memory on the wall of Philip Parks, sign in using one of the following options:

Philip Norman Parks passed away at his home in Hancock on September 17, 2019 surrounded by his loving family. He was born in his family home in Newberry, Michigan in 19... Read More
Hancock

Philip Norman Parks passed away at his home in Hancock on September 17, 2019 surrounded by his loving family. He was born in his family home in Newberry, Michigan in 1932. He was the son of Philip Grant and Anna Louise Parks. He graduated from Newberry High School in June 1951. He then attended Michigan Technological University and graduated in 1955 with a Bachelor of Science degree in physics and later with his Master of Science degree in nuclear physics. He also did additional graduate work at the Kansas State University.

During high school, he played football as a running back for four years and for three of those years he was on an undefeated team. That team was later inducted into the Michigan High School Football Hall of Fame. He later went on to play for Michigan Technological University on a football scholarship.

Following graduation from MTU, he worked for five years at NASA in Cleveland and then returned to MTU to teach physics for 35 years. Following retirement, he and his wife enjoyed traveling and visiting family all of whom were very precious, and much loved by him.

Phil published several physics articles in professional journals, conducted research for the US military, and contributed to the writing of a book that prepared engineers for their professional exam. He was interested in genealogy and served as a zone leader for a number of years for the Parks Society. His family first came from England in 1630 aboard the Arabella. He was also a member of the Sons of the Union of the Civil War and served as an officer for several terms.

Phil has always been active in Christian Service. As a student at MTU, he was active in the Inter Varsity Christian Fellowship and served in various capacities in the churches wherever he lived. He had served over 50 years as a deacon, Sunday school superintendent, and youth leader. He also served with the Gideon Bible Society for many years.

He was preceded in death by his parents and his father and mother-in-law Carl and Kathryn Liimatainen and his three sisters Illona Fahler, Phyllis Fillman, and Lois Johnson.

To send flowers to the family or plant a tree in memory of Philip Norman Parks, please visit our Heartfelt Sympathies Store.

There are no events scheduled. You can still show your support by sending flowers directly to the family, or planting a memorial tree in memory of Philip Norman Parks.
Visit the Heartfelt Sympathies Store

We encourage you to share your most beloved memories of Philip here, so that the family and other loved ones can always see it. You can upload cherished photographs, or share your favorite stories, and can even comment on those shared by others.

Darel and Connie La Prade sent flowers to the family of Philip Norman Parks.
Show you care by sending flowers

Posted Oct 10, 2019 at 11:05am
We offer our condolences to the Parks family as we have fond memories from Evangel and MTU. I remember Judy's amazing flatbread and sitting and giggling with Coleen in the choir. Prov 10:7a The memory of the righteous is a blessing.
Melodie & Jaye Hayes
Comment Share
Share via:
KN

Posted Sep 26, 2019 at 12:33am
Dear Norm and family, We were so sorry to hear about Dad. You have our deepest sympathy, Keith and Pam Niemela
Comment Share
Share via:

Posted Sep 22, 2019 at 06:17pm
I remember out time together as faculty at Michigan Tech and am most grateful for the Christian fellowship we had over the years.
Jim Gerdeen MEEM
Comment Share
Share via:
HL 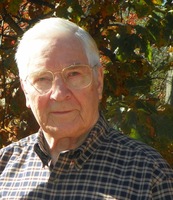 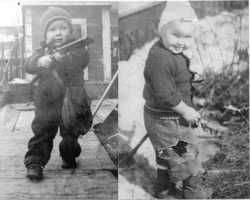 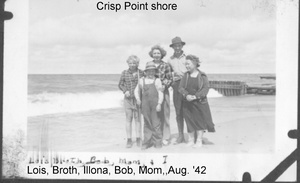