To share your memory on the wall of Muriel Stimac, sign in using one of the following options:

Print
Muriel Winifred Stimac, 96, a resident of Allouez passed away peacefully on September 22, 2019 at the Aspirus Keweenaw Hospital.

She was born in Detroit Michigan on April 19th 1923. She was the daughter of William and Delia Nara. In her ... Read More
Muriel Winifred Stimac, 96, a resident of Allouez passed away peacefully on September 22, 2019 at the Aspirus Keweenaw Hospital.

She was born in Detroit Michigan on April 19th 1923. She was the daughter of William and Delia Nara. In her early years of her life her parents moved to Swedetown where she lived until the age of 17 when She moved to Detroit, graduated from Northern High School in 1942. She worked at Mitchell Greeting Card, Chrysler Corporation and built Wright Furniture during her time in Detroit. Her job at Chrysler Corporation was as a Rosie the Riveter installing bomb sites on airplanes. She returned Home to Copper Country in 1977 starting yet another career working hard for the State of Michigan as a Social Worker for 25 years. Muriel loved a clean house, sending cards to cheer others, reading her bible, and listening to her favorite hymns. To know Muriel was to love her. She had a kind and loving heart and was a wonderful example of her strong Christian faith. She made many friends thought out her lifetime and will truly be missed by her family and friends. She was a member of Grace Christian Fellowship of Calumet.

She was united in marriage to Steve Stimac in Swedetown in 1946.

She is survived by:

Burial will follow at Lake View Cemetery in Calumet, Michigan.

Online condolences for the family may be left at www.ericksoncrowleypeterson.com
Read Less

To send flowers to the family or plant a tree in memory of Muriel Winifred Stimac (Nara), please visit our Heartfelt Sympathies Store.

We encourage you to share your most beloved memories of Muriel here, so that the family and other loved ones can always see it. You can upload cherished photographs, or share your favorite stories, and can even comment on those shared by others.

Pastor Sean Brizendine, Ken and Betty Simmons, and other have sent flowers to the family of Muriel Winifred Stimac (Nara).
Show you care by sending flowers

Posted Sep 28, 2019 at 11:59am
Sorry to hear of Muriel’s passing. Super nice lady. She was at my grandmas Betty Tarvis’s house on most Saturday nights playing cards with Steve, Margarette, and Vinko.
Comment Share
Share via:
PB

Posted Sep 25, 2019 at 04:01pm
May God comfort the hearts of the family of Muriel Stimac, as it was a privilege to have known her and have shared memories of God's love and grace.

Posted Sep 25, 2019 at 08:54am
Wishing you peace to bring comfort, courage to face the days ahead and loving memories to forever hold in your hearts.

Posted Sep 25, 2019 at 08:02am
As you grieve know that we are thinking of you and sending our love and deepest sympathies for your loss.

Flowers were purchased for the family of Muriel Stimac. Send Flowers 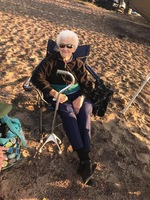 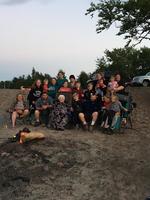