To share your memory on the wall of Gary Kamppinen, sign in using one of the following options:

Due to the “Stay Home, Stay safe” order in Michigan, services will be postponed till a later date.

To send flowers to the family or plant a tree in memory of Gary Oscar Kamppinen, please visit our Heartfelt Sympathies Store.

There are no events scheduled. You can still show your support by sending flowers directly to the family, or planting a memorial tree in memory of Gary Oscar Kamppinen.
Visit the Heartfelt Sympathies Store

We encourage you to share your most beloved memories of Gary here, so that the family and other loved ones can always see it. You can upload cherished photographs, or share your favorite stories, and can even comment on those shared by others.

Posted Mar 28, 2020 at 07:35am
Remembering all our adventures and good times together and the most heartfelt condolences to your entire family. Good bye old friend.

Posted Mar 25, 2020 at 01:44pm
Brenda, I’m sending my prayers and love to you and your family at this very sad time. May the fond memories you have of your beloved Gary help you through this very difficult time. Gods peace be with you and your family.
Sincerely,
Kathy and Dean Kari

Posted Mar 25, 2020 at 01:37pm
Brenda; I just saw this in the Gazette and my heart is breaking for you. This is such a difficult time in general and to pour on this grief must be overwhelming! God Bless YOU🙏💕
Comment Share
Share via: 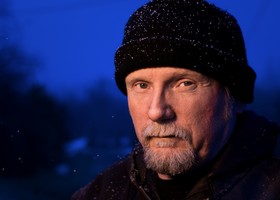