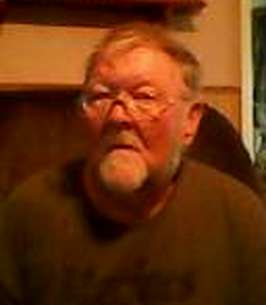 Kenneth Wenetpalo, age 77, a resident of Calumet, Michigan, passed away peacefully in his sleep at his home on Sunday July 10, 2022.
Kenneth was born in Detroit Michigan on July 15, 1944, to parents Gustaf Wenetpalo and Alma Tikkanen. After WWII ended the family moved back to Calumet. He attended local schools and after graduating High-school he attended Michigan Tech for two years before enlisting in the United States Marine Corps. He Served 4 years in the Maine Corps and fought in Vietnam from 1966 to 1967 in 1st Battalion 9th Marines also known as THE WALKING DEAD. He earned a Bronze star and Purple Heart. Kenneth was proud to be a Marine and he served his country well.

When Kenny was 12 his mother remarried Douglas Sagemiller who was a stone mason. Kenny always thought of him as his father. Douglas taught Kenny the craft and they built their cottage in Eagle Harbor. Kenny was an avid fisherman and hunter. Kenny loved to watch his favorite sports teams, the Detroit Red Wings, the Detroit Tigers, Michigan State football and the Greenbay Packers.

On October 13, 1994 He married the love of his life Barbara Jean Lahti. They’ve had a wonderful life together with many friends and great memories.

He is Preceded in death by His parents Gustaf, Alma, Douglas, brother Raymond, sister Janet.
He is Survived by his wife Barbara (Lahti) Wenetpalo, step children Elisabeth, Michael, Timothy, Christopher, Amy, his cousin Patsy Lehto and his 6 dogs especially Jaqueline which he called “War Face”.
A Graveside service will be held on Tuesday July 19, 2022, at 10:30 am at the Calvary Cemetery in Ahmeek Michigan. The Copper Country Veterans Association will be performing military honors. Immediately following the service there will be a Celebration of life at the L & L Bar in Calumet.