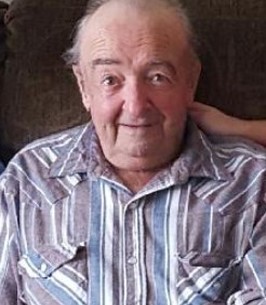 
Russell was a veteran having served in the U.S. Navy until his medical discharge. He wanted to be on the water and since he couldn’t accomplish that in the Navy he sailed on the Great Lakes as a merchant marine.


Russell was employed as a copper miner for his entire working life starting at C&H and retiring from White Pine Mine in 1995. In his retirement years Russell worked as a lapidary for Keweenaw Gem and Gifts.


Russell enjoyed metal detecting, hunting, car shows, his corvette and riding his Harley. He especially enjoyed the trip to Sturgis that he took with his wife Rita. Russ also had a special little dog in his life that he loved dearly named Angel.

He was a member of Faith Lutheran Church.


Preceding him in death was his parents and a brother Paul.


Surviving are: His wife Rita

Private family services will be held in the Erickson Crowley Peterson Funeral Home in Calumet with Pastor Jared Howard to officiate.


Burial will be in the Lake View Cemetery.


Online condolences can be left for the family at ericksoncrowleypeterson.com