In Memory of
Jeffrey Michael
Frisk
1989 - 2017
Click above to light a memorial candle. 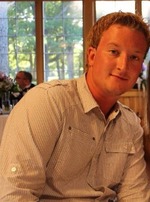 Jeffrey Michael Frisk, 27, a resident of Laurium, passed away on Saturday, August 5, 2017.

He was born on December 26, 1989 in Laurium to Michael and Janet (Berryman) Frisk.

He attended Calumet High School and graduated with the Class of 2008.

Following high school, Jeff helped his mom with her in home daycare. When Janet became ill, Jeff became her caregiver.

Jeff enjoyed spending time at the lake and fishing.

He was an avid sports fan especially hockey and college football.

He is preceded in death by his mom, Janet, and his grandparents.

He is survived by: His father: Mike

A private family service will be held.

To send flowers to the family or plant a tree in memory of Jeffrey Michael Frisk, please visit our Heartfelt Sympathies Store.