To share your memory on the wall of Erik Salmela, sign in using one of the following options:

There are no events scheduled. You can still show your support by sending flowers directly to the family, or planting a memorial tree in memory of Erik Roy Salmela.
Plant a Tree

We encourage you to share your most beloved memories of Erik here, so that the family and other loved ones can always see it. You can upload cherished photographs, or share your favorite stories, and can even comment on those shared by others.

Posted Jan 16, 2019 at 06:48pm
So very sorry for your loss. You can never get over the loss of a child or sibling.........you just go on and remember the good times and memories.
Joanne & Cliff Hannula
Comment Share
Share via:
LM

Posted Jan 16, 2019 at 12:33pm
Very found childhood memories of Erik when he came up every summer. Every kid on the block couldn’t wait for Erik to play football and kick the can etc. Especially the girls!He had quite a following! Sympathies and hugs! Linda(Olson) Marsden
Comment Share
Share via: 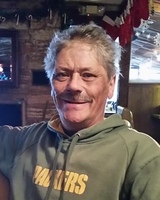